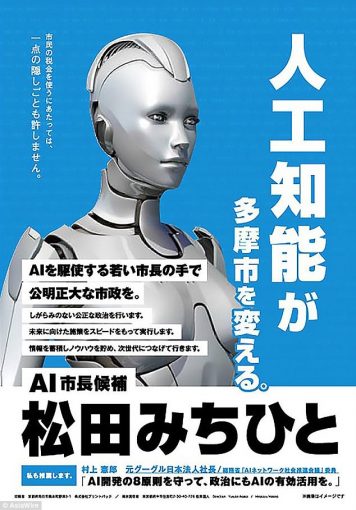 AI Robot to Run For Mayor in Japanese City

Welcome to the future of politics. In Tama New Town, western Tokyo, Michito Matsuda, 44, has introduced the world's first AI candidate for mayor.

Matsuda is deferring to an AI-powered robot avatar, named Michihito Matsuda. Seemingly, female in appearance, she has an active Twitter handle @tama_ai_mayor and campaign website.

According to Matsuda (the human), “For the first time in the world, AI will run in an election. Artificial intelligence will change Tama City. With the birth of an AI-mayor, we will conduct impartial and balanced politics. We will implement policies for the future with speed, accumulate information and know-how, and lead the next generation.”

The AI candidate plans to deliver on fair and balanced politics by using dialogue and intake from residents to calculate the best course of action.

When conflicts arise, Matsuda claims that she can broker rational compromise between residents--a far departure from politics as usual.

The Man Behind the Machine

Michihito Matsuda (the robot) has two tech gurus for her human counterparts. Tetsuzo Matsuda and Norio Murakami. Matsuda is vice president of mobile provider Softbank, and Murakami is a former Google employee.

According to Matsuda, "Let artificial intelligence determine policies by gathering city data and we can create clearly defined politics."

While Mr. Matsuda's message raises many ethical questions about AI's role in politics, government and the public sphere, his candidacy may be a long-shot. This is actually the second time Matusada (the man) has stood for election for the mayoral seat. Matsuda's 2014 mayoral run resulted in a loss to the winning candidate who received nearly ten times as many votes as he did.

The Future of Political Leadership

Regardless of whether Matsuda (the AI candidate) wins or not, her mere presence on the political stage raises many important questions:

These questions seem like something out of a science fiction novel. Perhaps we've entered the era of "social science fiction" where the will of the people and the will of intelligent machines are now in question. Whether you think Matsuda's candidacy is political hype or a serious call for more sophisticated political debate, we've clearly entered a new chapter in fourth industrial revolution leadership and politics.

GET FREE UPDATES FROM LEADERSHIP 4iR

How to Avoid Leaders who Lack Vision
Talented employees like you want to follow leaders who have a compelling vision. Unfortunately, many leaders lack vision and the[...]
Read More
Winning with the Minority Mindsets on Your Team
Leaders who have a futurist mindset are a minority on most teams.According to a recent study, about 1 in 5[...]
Read More
Why Anxiety is Crushing Your Team’s Future-Readiness
Anxiety and uncertainty are crushing your team's readiness for the future. HR and the leaders who they support can't blame[...]
Read More
Four Ways to Think About the Future
Do you ever think about the way that you're thinking about the future? Is the future something to be feared?[...]
Read More
The One Thing High-Performers Want Most…And How to Give it to Them
​High-performers ​​want one simple thing​: Better results. How can this be? They're already high-performers, right? They already get great results. How[...]
Read More
Five Dysfunctional Mindsets that Future-Ready Leaders Avoid
All mindsets have an upside and a downside. My research has identified five mindsets that explain how we approach future[...]
Read More 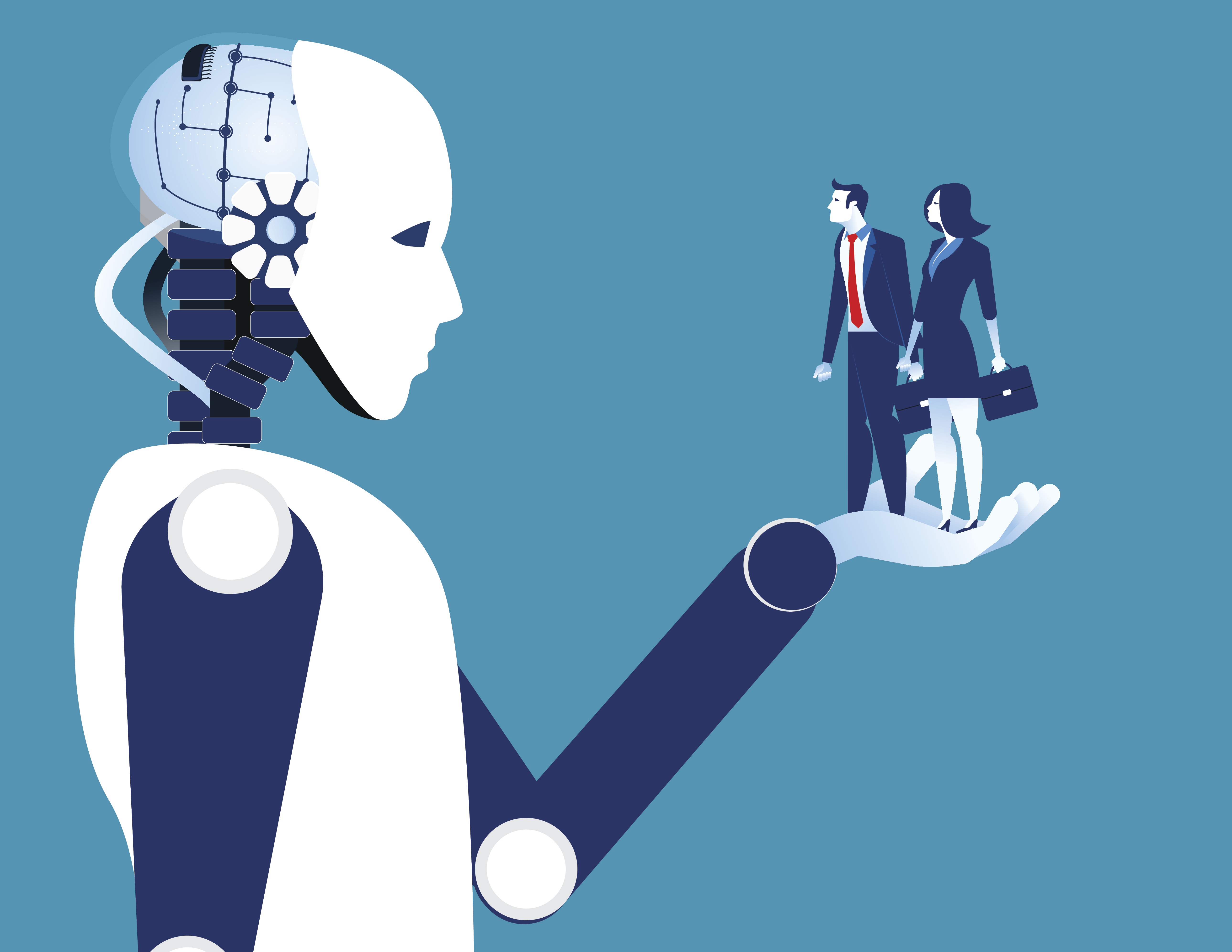